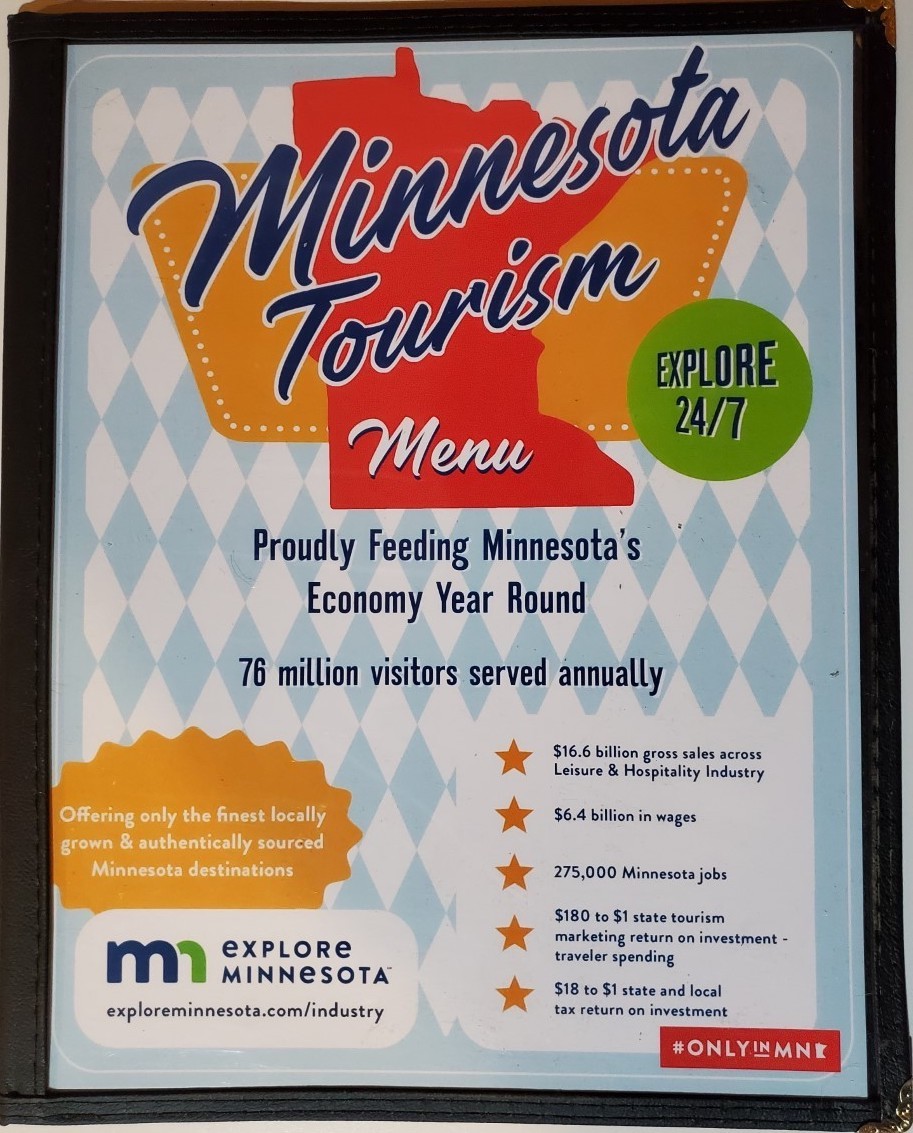 Just when you think government could not be more tone-deaf and out of touch with the people it allegedly is serving, it goes ahead and does something completely unimaginable to prove it can do even worse.

For example, the end of this week marks one year of our state living under the governor’s unilateral rules. This has been one full year of businesses being forced to close or jump however high the governor says jump to comply with his ever-changing, inconsistent, and often arbitrary restrictions. Incomes have been crushed, careers derailed, and some businesses permanently closed.

So, what did the governor’s administration do this week as we come upon the one-year anniversary of the governor putting Minnesota under his thumb? It delivered full-sized, authentic menus to each legislator, highlighting Explore Minnesota’s propaganda to get people to patronize our state.

Yes, the same executive branch that restricted our hospitality industry into oblivion and played a role in shuttering bars and restaurants throughout our state thinks it’s cute to deliver its agenda in brilliantly designed menus - complete with faux-leather trim, brass corner reinforcements and shiny page covers. I hope they didn’t pay too much to buy these menus new because they probably could have found a great deal on used ones from restaurants they helped put out of business.

The kicker? These fine, reusable menus are precisely the kind the state prohibited restaurants from using, requiring them to implement disposable, paper versions.

A couple of things before anyone starts waving the “faux outrage” flag on this issue: 1. It should genuinely concern us all that our government is so disconnected from the public it failed to comprehend why this marketing campaign was poorly conceived, how it may strike a nerve with people. 2. I understand this is just a marketing gimmick and that, regardless of symbolism, our hospitality industry has major issues and needs help - pronto.

Forget the tacky marketing ploys. The best thing we can do to help our businesses in Minnesota is to let them fully get back to work. A report by MultiState indicates Minnesota currently is in the bottom 10 nationally in terms of re-opening. For comparison, three of our neighboring states are in the top 10 most “re-opened” and another - Wisconsin - is in the middle. This online ranking is based on a daily rating of 11 categories combined to achieve a score.

While I can’t testify to the methodology used or vouch for the rankings themselves, it makes for interesting reading and, if nothing else, really shines a light on the states’ different approaches to re-opening.

Here we are, one year into the governor’s emergency powers and there is no “emergency” happening. Infection rates have tanked. Vaccinations are being administered at an increasingly high rate to those who wish to receive one. Yet the governor is clinging to his unilateral powers and the House majority refuses to get off its hands and do anything about it, blocking more than a dozen attempts by House Republicans to end this rule of one.

What needs to happen for the governor to back off? A year ago, the governor said he needed his powers to flatten the curve and prevent an overrun on hospitals. OK. Then it was making sure front-line workers have enough personal-protective equipment. Then we wanted to avoid a shortage of ventilators. OK and OK.

Fast-forward to today and can anyone say with a straight face what the governor’s immediate objective is? It’s been a year. People deserve to know what the plan is. Or, more precisely, what the plan is to fully re-open our state.